On behalf of the C3 Commission of the IUPAP,
it is our great pleasure to inform you that
and
have been chosen as the awardees of the Boltzmann Medals 2022.

Deepak Dhar obtained his B.Sc. Degree from the University of Allahabad, Masters from IIT Kanpur, and PhD in Physics from California Institute of Technology. From 1978-2016, he was in the Department of Theoretical Physics at T. I. F. R. Mumbai, and he has been at IISER Pune since November 2016. Dhar is an elected fellow of all the three major Indian science academies – Indian Academy of Sciences, Indian National Science Academy and National Academy of Sciences, India – as well as of The World Academy of Sciences. The Council of Scientific and Industrial Research awarded Dhar the Shanti Swarup Bhatnagar Prize for Science and Technology.

John J. Hopfield
For extending the boundaries of statistical physics to encompass the phenomena of life, from kinetic proofreading in the transmission of information at the molecular level to the dynamics of neural networks creating a new language for thinking about computation in the brain. 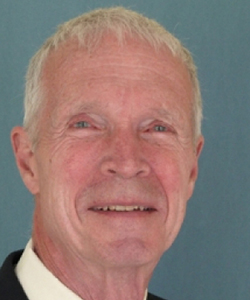 John Hopfield received his A.B. from Swarthmore College in 1954, and a Ph.D. in physics from Cornell University in 1958. He spent two years in the theory group at Bell Laboratories, and subsequently was a faculty member at University of California, Berkeley (physics), Princeton University (physics), California Institute of Technology (Chemistry and Biology) and again at Princeton, where he is the Howard A. Prior Professor of Molecular Biology, Emeritus. He was awarded the Dirac Medal of the ICTP in 2001 and the Oliver Buckley Prize of the American Physical Society in 1969. Hopfield was elected as a member of the National Academy of Sciences in 1973.

The award honours outstanding achievements in Statistical Physics. The recipient should be a scientist who has not received the Boltzmann Medal or the Nobel Prize before.

Previous winners of the Boltzmann Medal